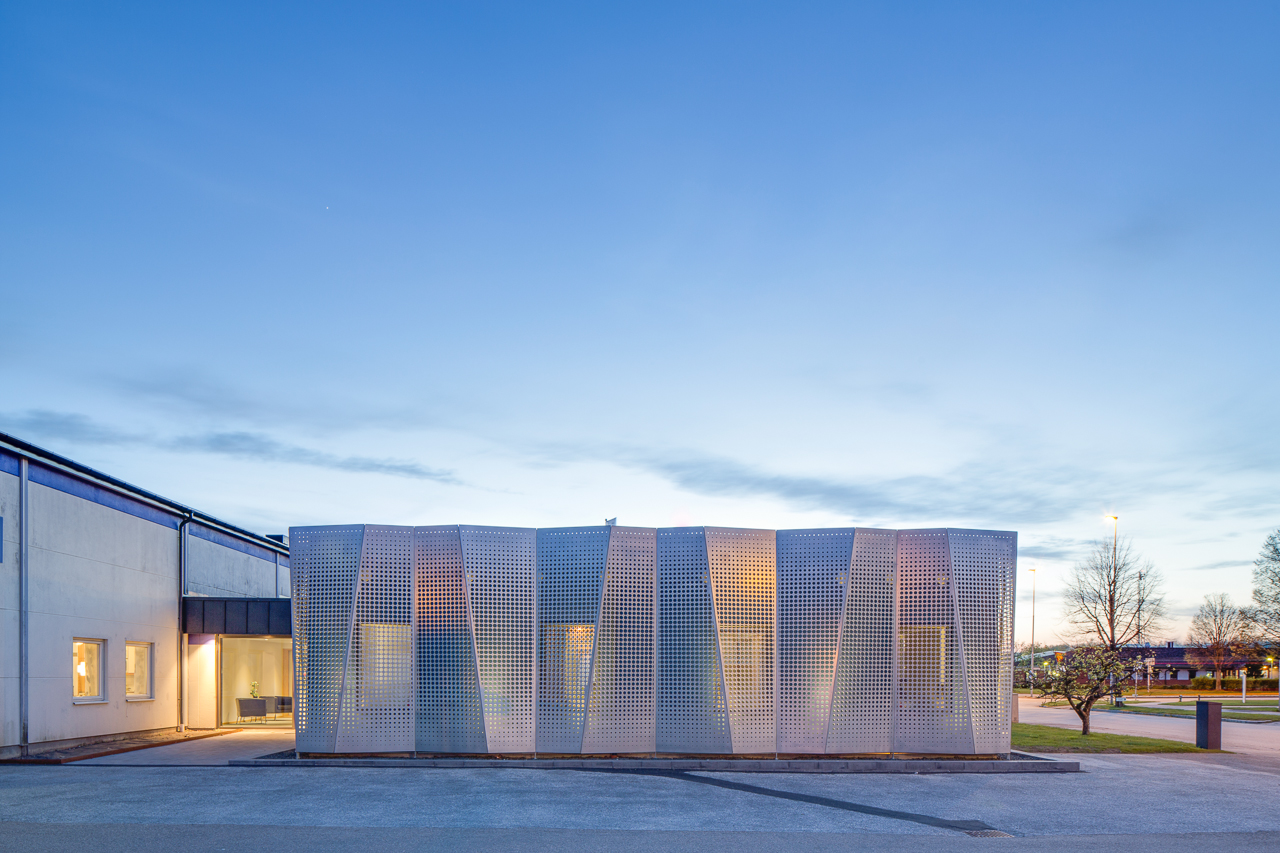 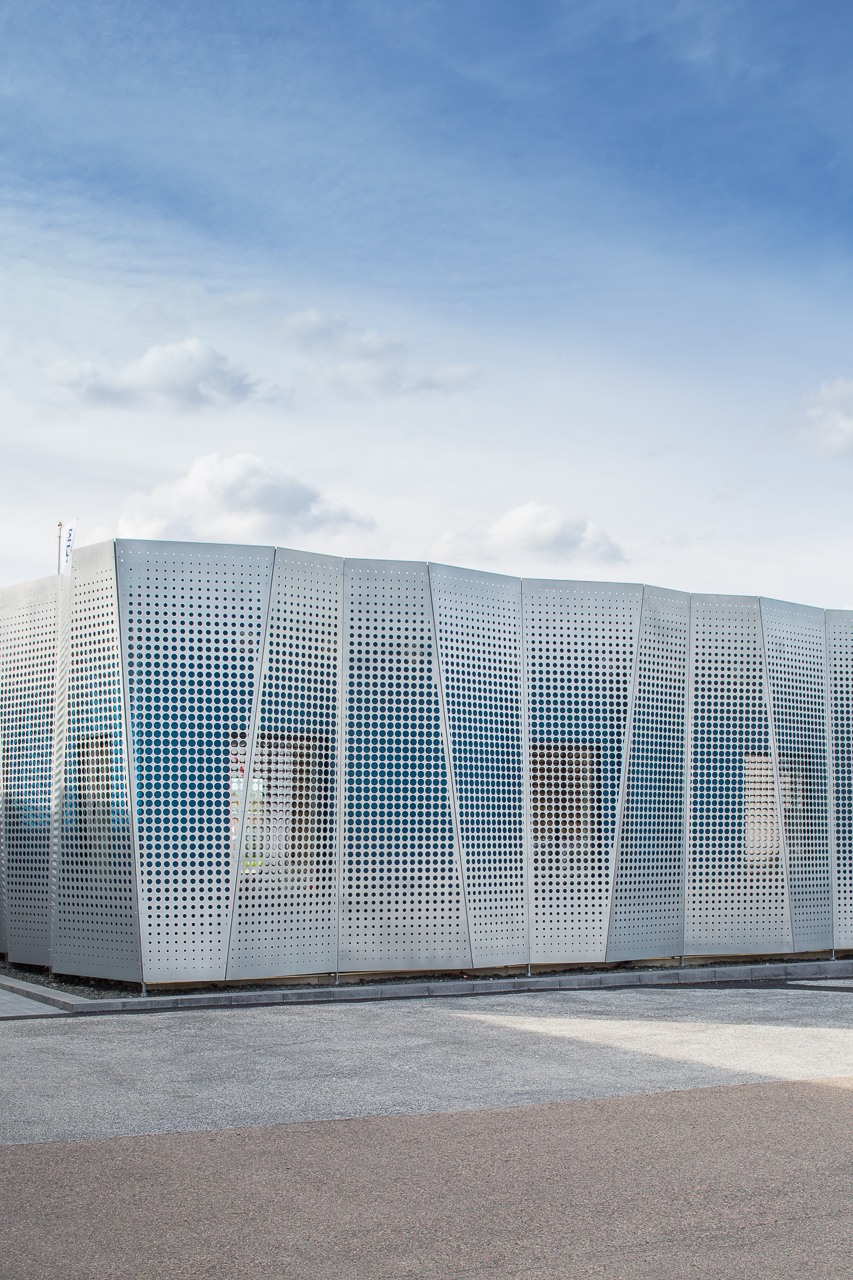 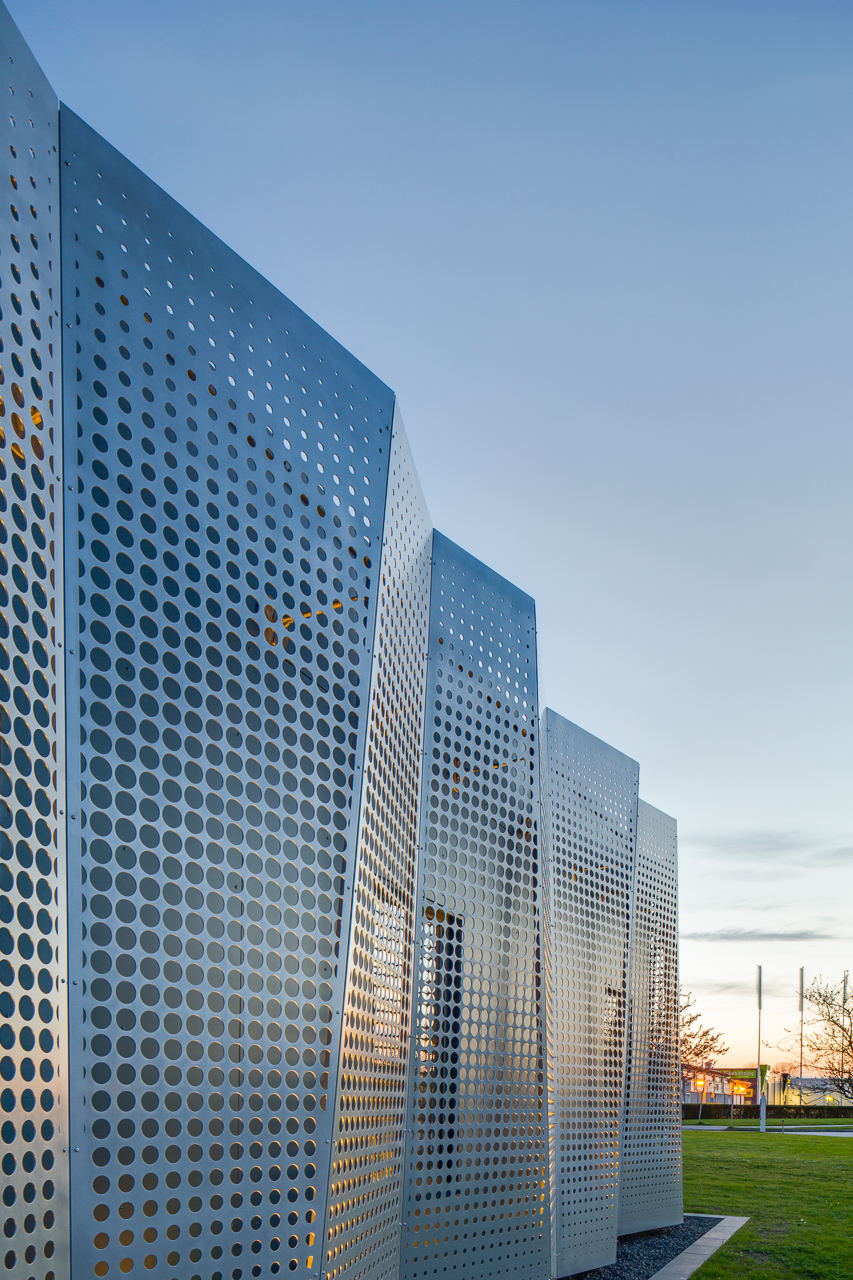 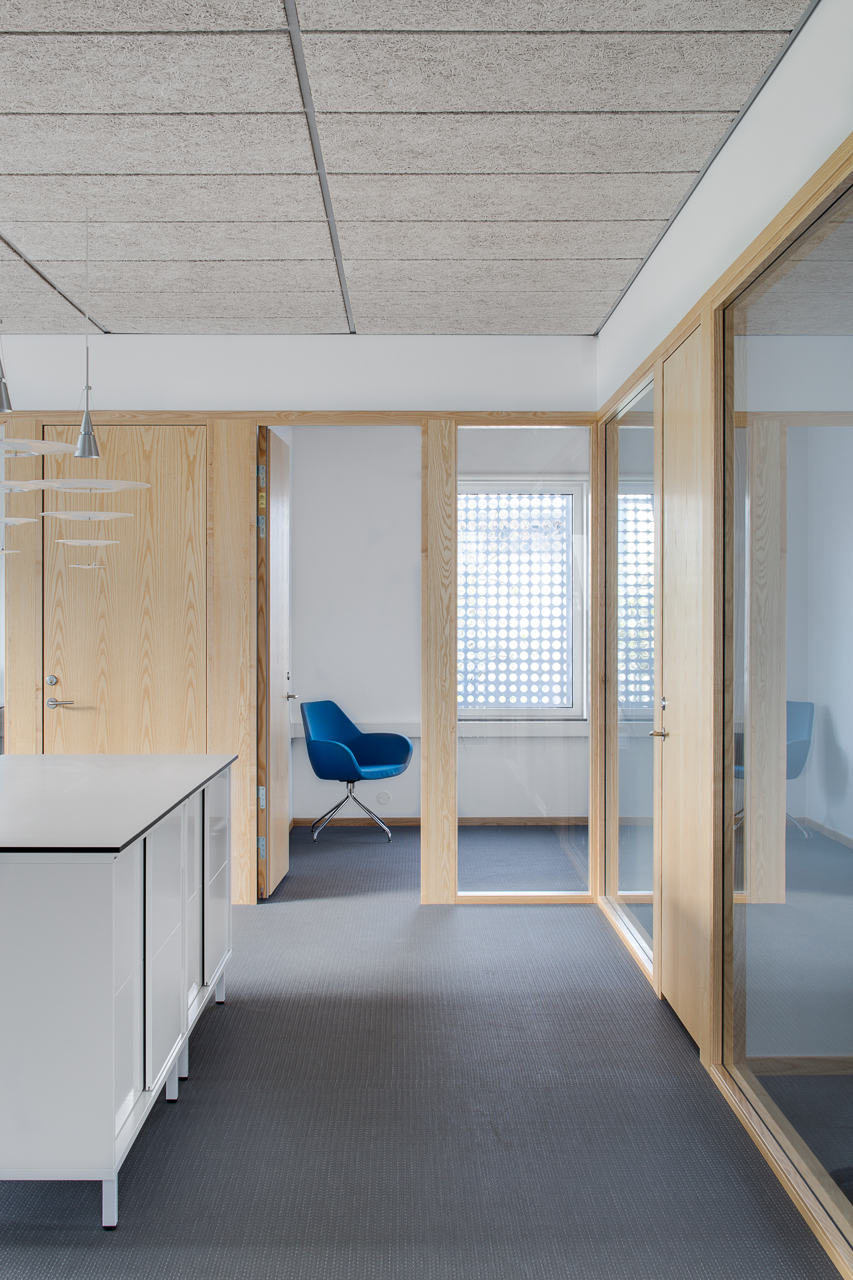 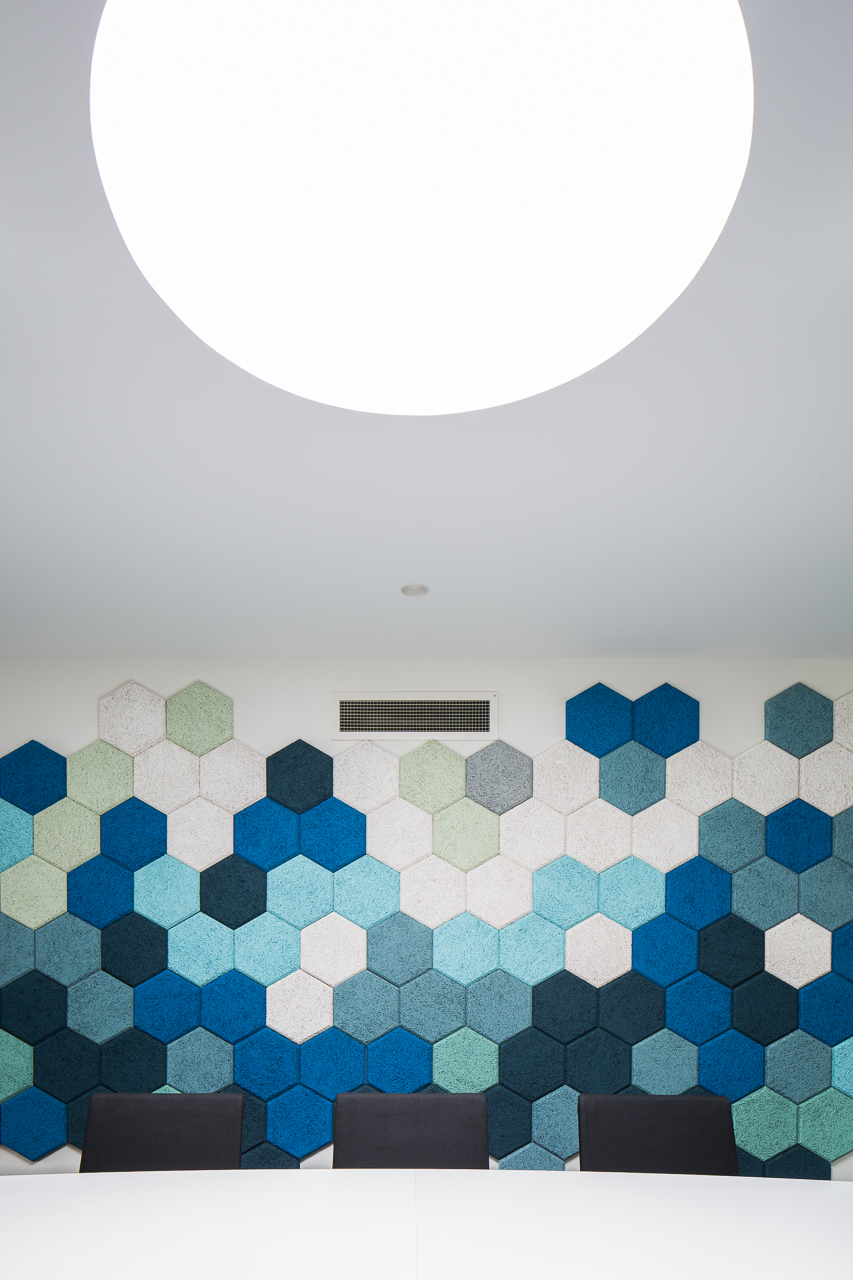 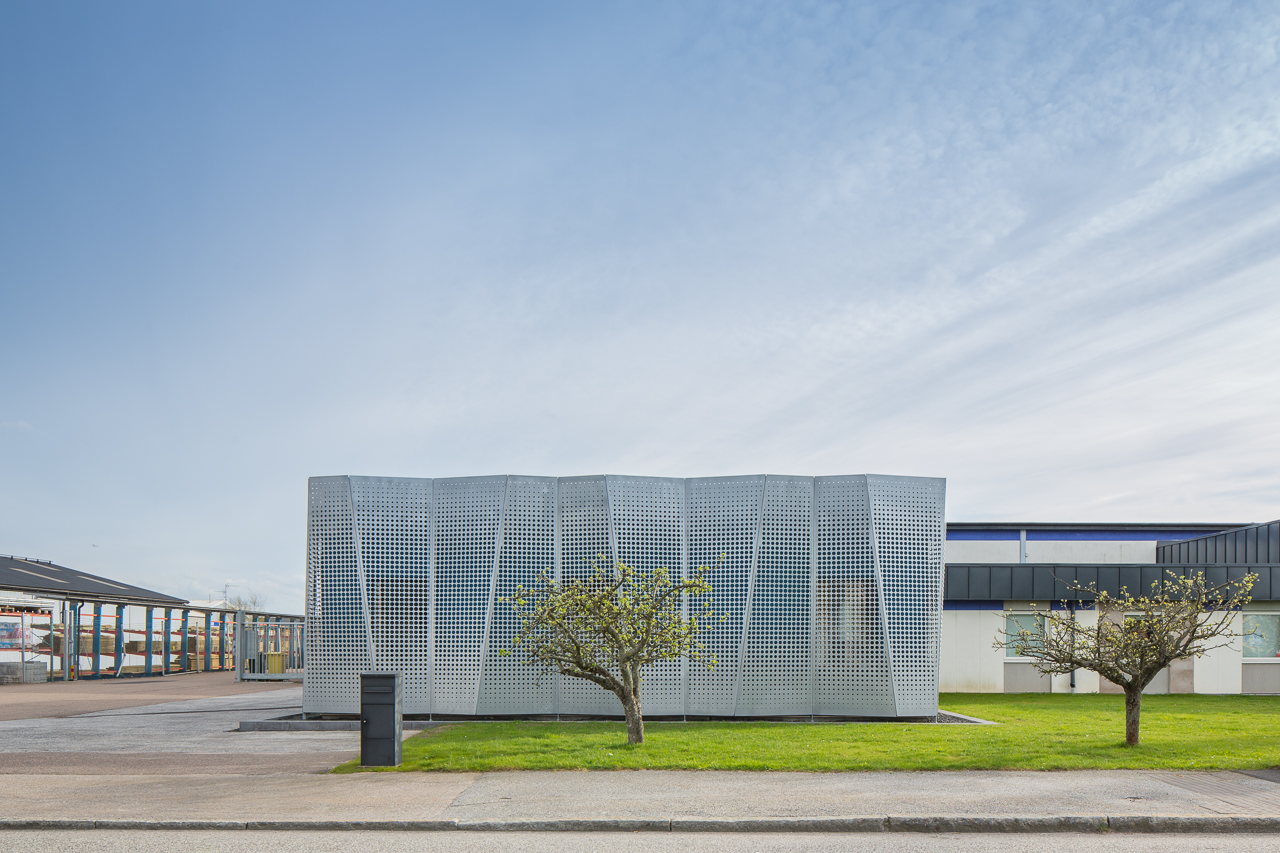 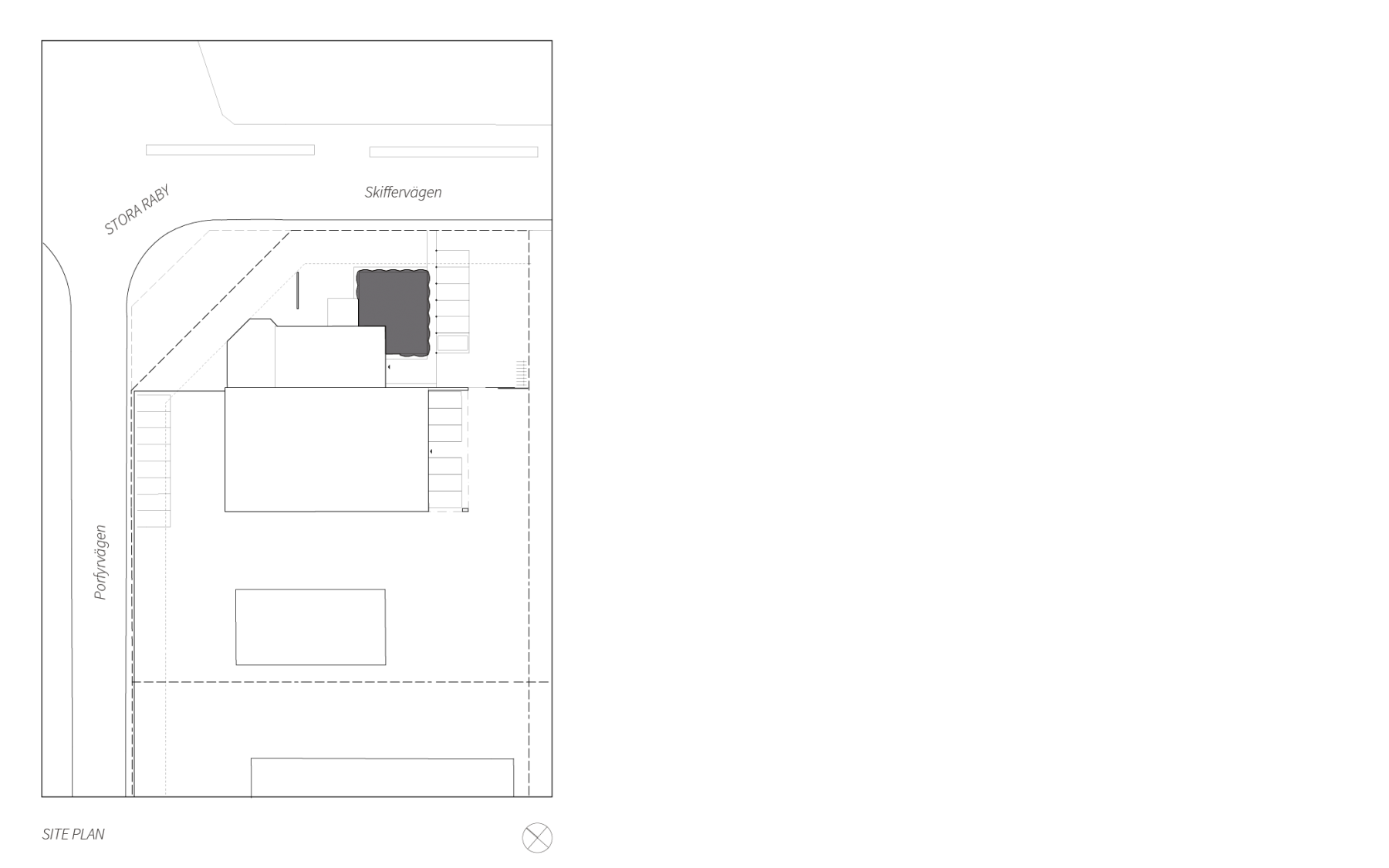 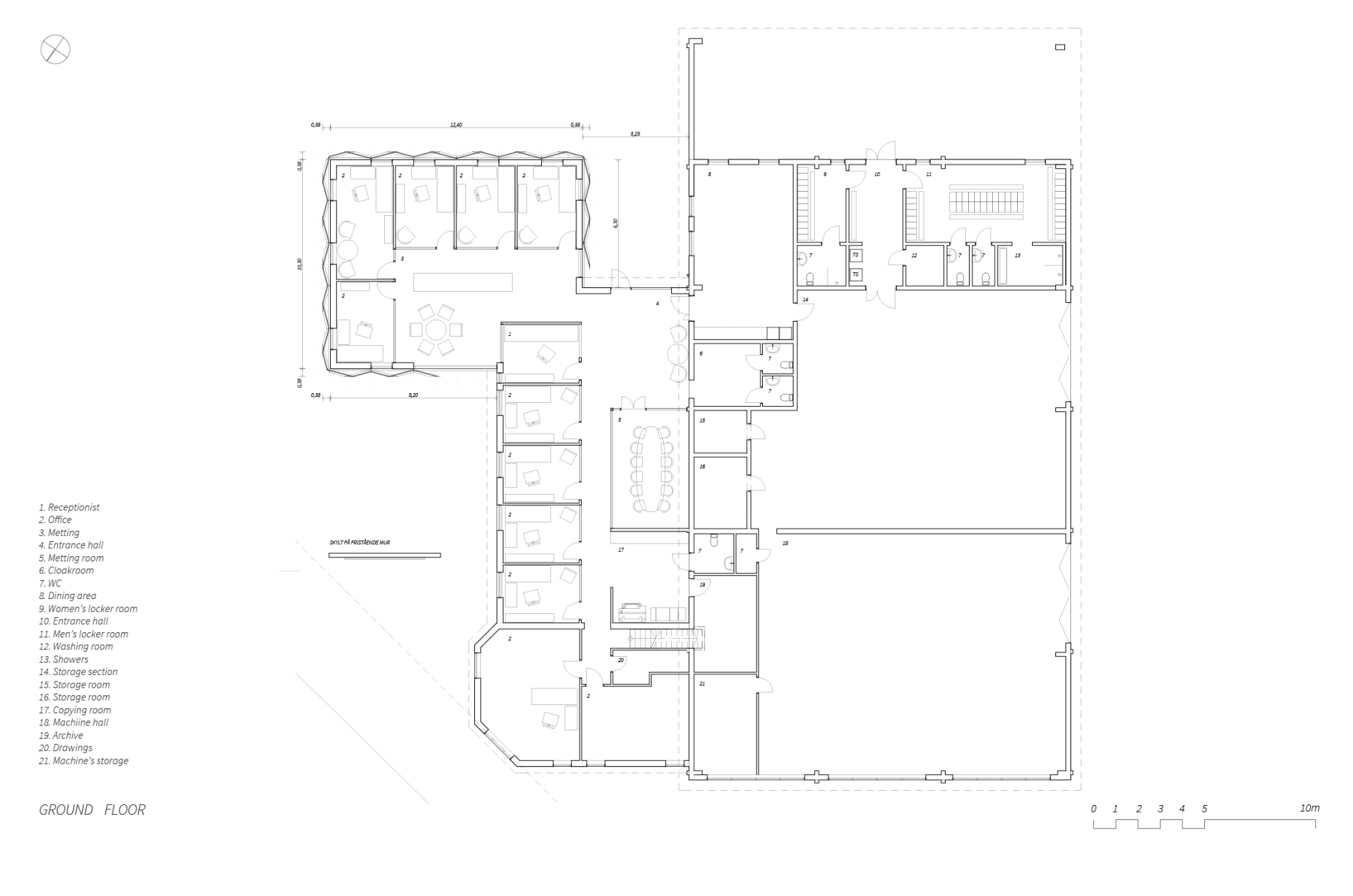 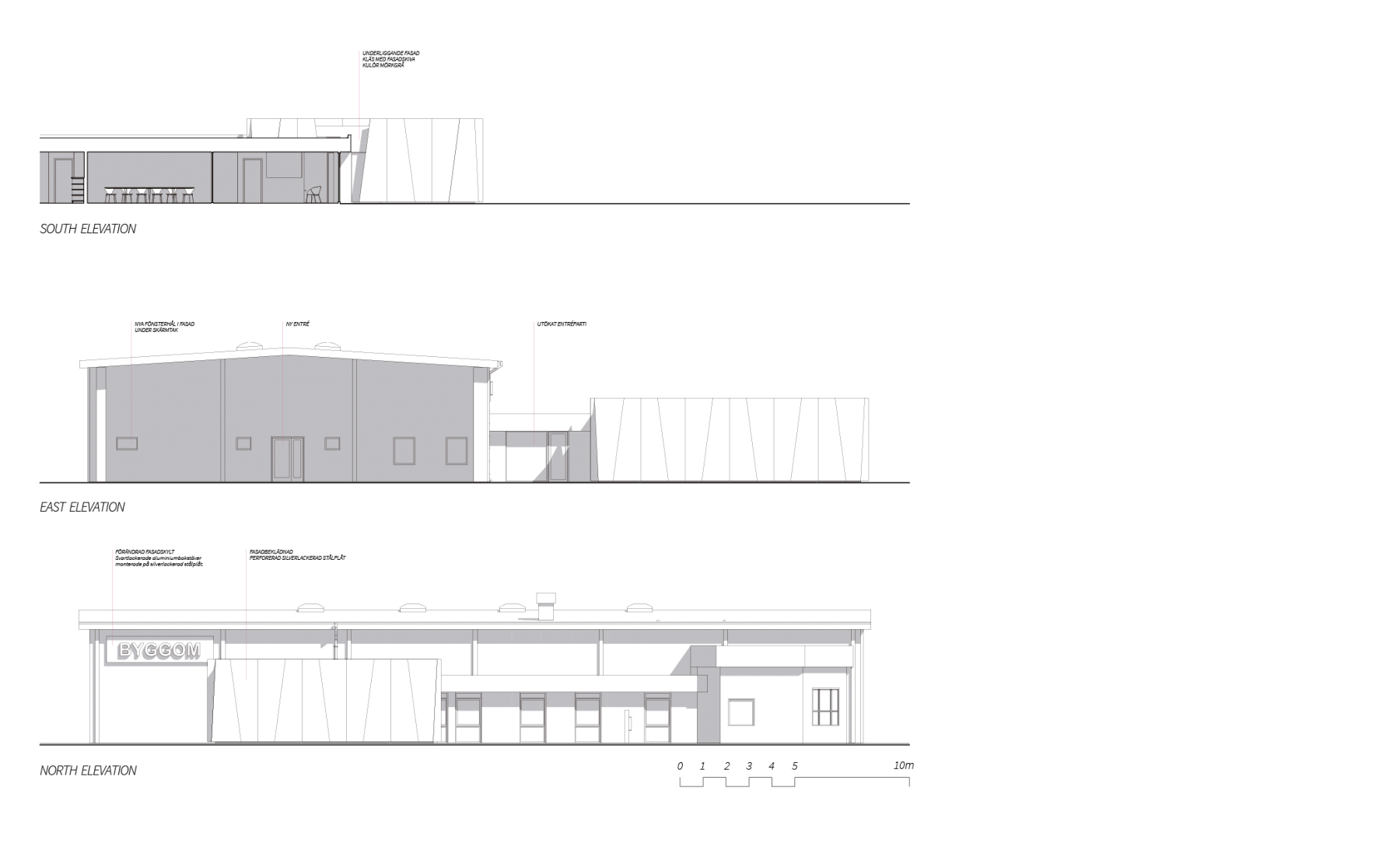 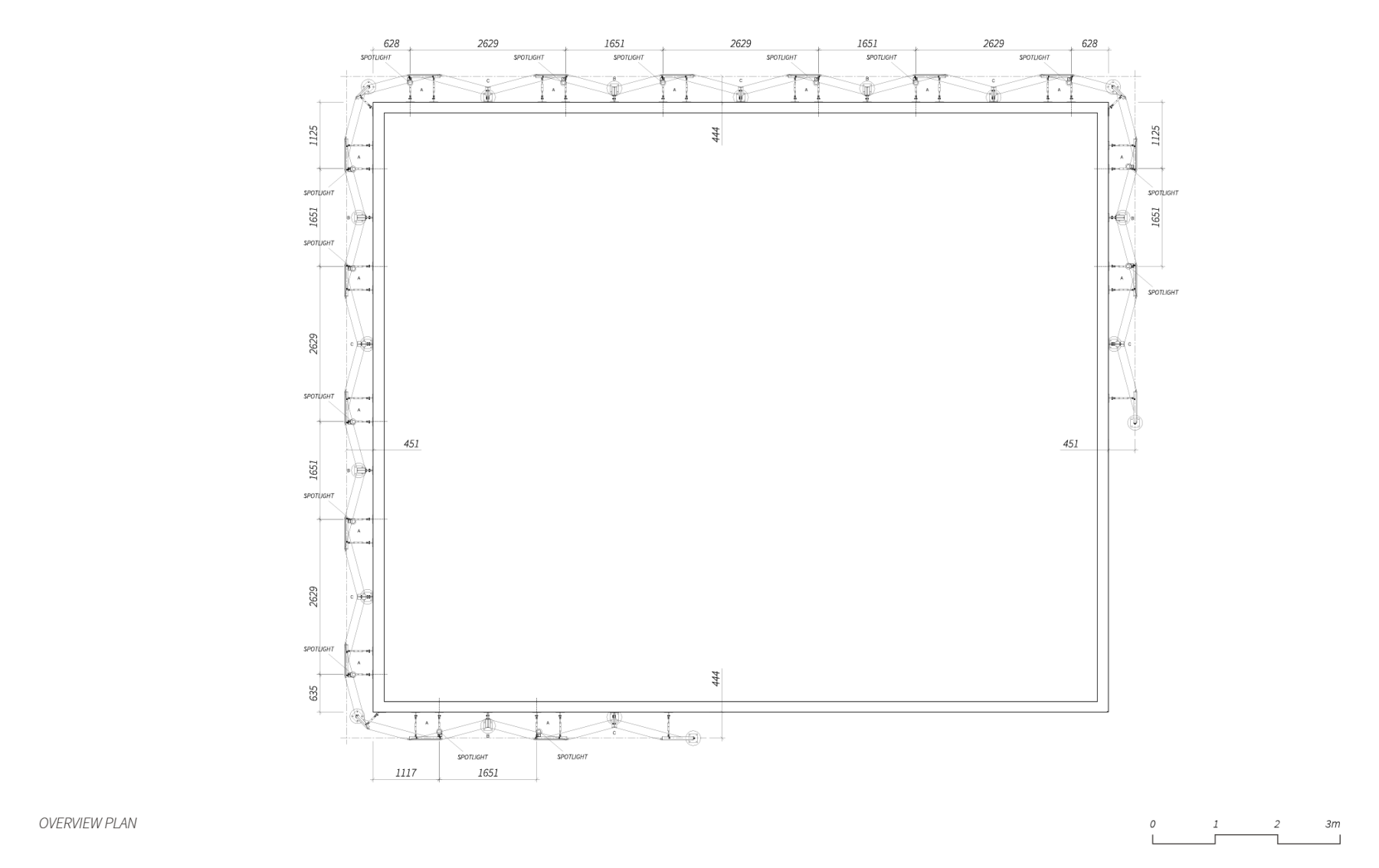 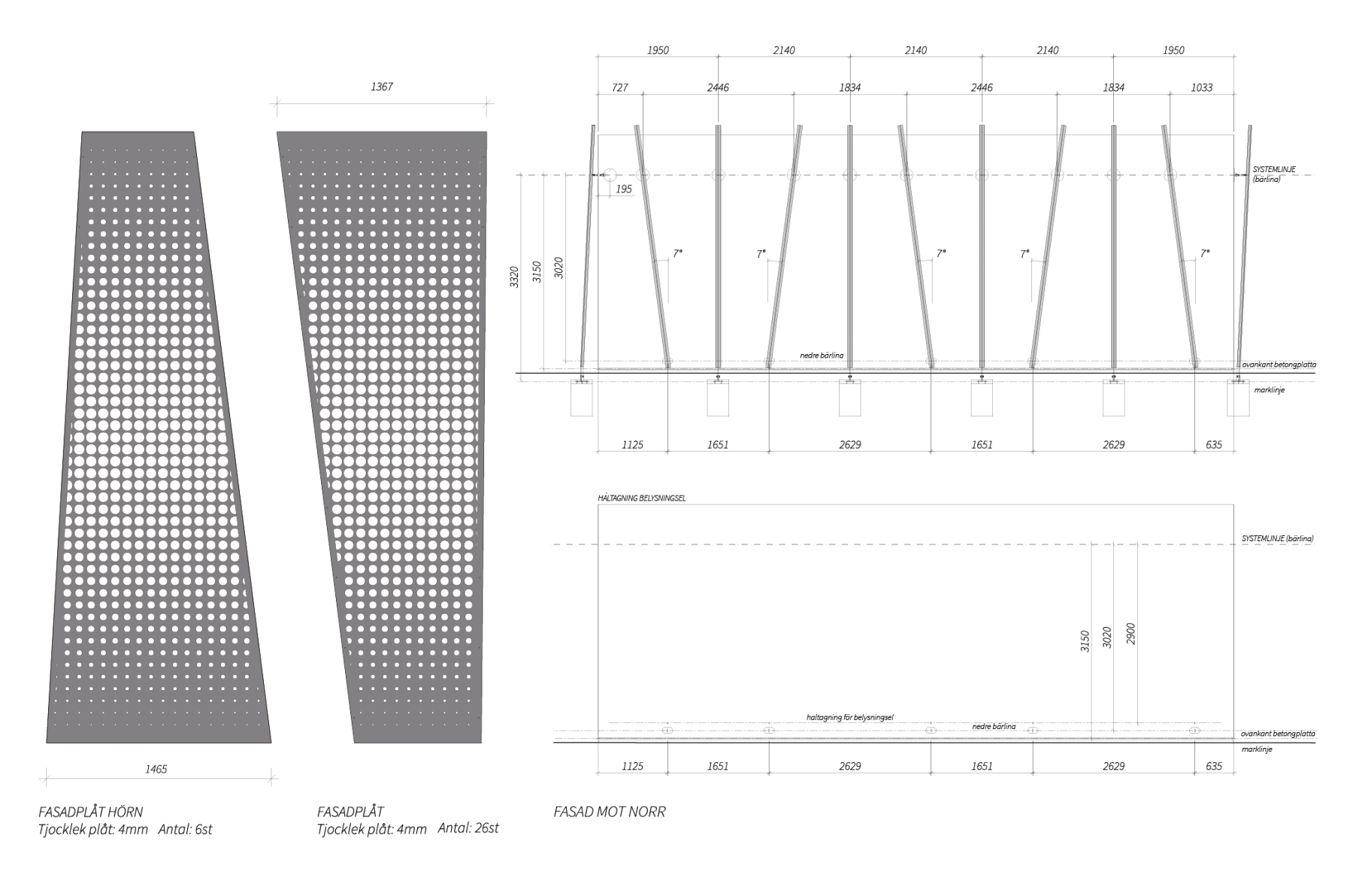 At the edge of every city there are sparsely populated areas with various industrial and commercial buildings and warehouses. The houses are practically indistinguishable from one another, often built in simple materials and using the same jargon. Areas like these are problematic for a number of reasons, and yet they are accepted as an unavoidable part of the urban nature, not unlike a paunch in middle age or rubbish outside of an ice cream dealer in the summertime.

One of Lund’s construction firms has their office in the middle of one such area in the outskirts of the city. The client wanted an extension that would break up the area’s mediocrity; an honest attempt to create an interesting experience for visitors as well as employees.

We opted for a simple, yet distinctive orientation for the extension, on the corner by the entrance. The new volume – including the window frames and details – is coloured reflex blue. This volume was subsequently wrapped with metal sheets perforated by a lasercut grid, forming a gradient on the façade. The titanium-powder-coated sheets slope along the central line, creating a screen that shifts three-dimensionally along the length of the façade as well as dissolves the corners of the structure.

With the grid gradient and the reflex colour behind, the varying depth and the shadow play it produces, the building appears to change depending on the time of day and the weather. The screen also doubles as a sunscreen, providing a degree of protection to the offices within. For those familiar with the process, a particularly satisfying detail is that the sheets were made using only two templates, which were rotated and turned to create the final product. The construction firm also owns a mechanics workshop, which here got a perfect opportunity to put its talent on prominent display. 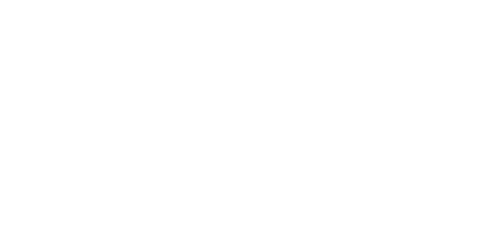